No Items in Your Basket 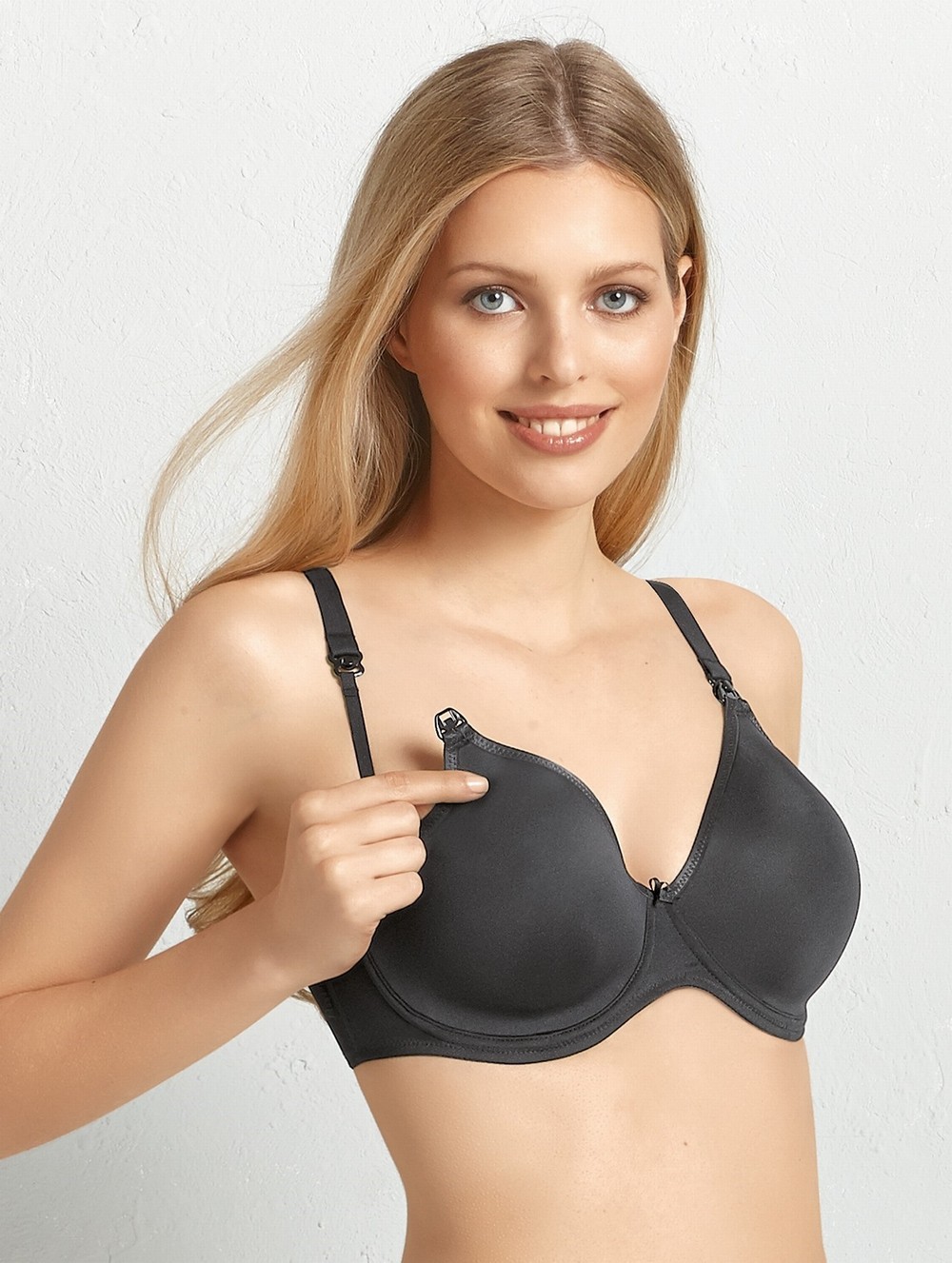 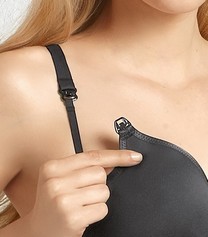 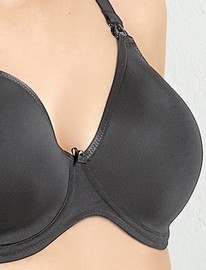 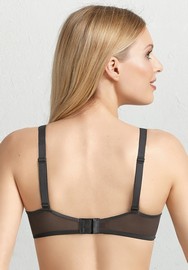 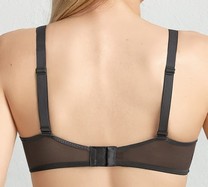 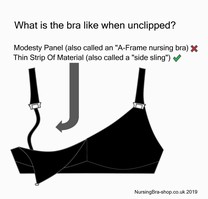 Would you prefer a padded underwire nursing bra that has soft, pre-formed cups? If so, we think you may love the Anita 5059 underwire breastfeeding bra. It will give you full coverage but it also has a lower neckline.

This nursing bra is currently one of our best bargains, as it normally sells for over £50!

How about the fabric of this nursing bra? It is made from a unique “spacer” fabric that is very breathable. The spacer fabric is basically double-sided microfibre that has air padding.

The cups are pre-formed and should give you a very natural shape as well as uplift and a nice definition. You may also be pleased to know that the cups are seamless.

As well as being breathable this nursing bra is also perfect for wearing under T-Shirts.

How about the C- Shaped underwires? Well, the underwires are flexible and non-restricting and they should mould to your every movement.

So why do we think you should choose the Anita Underwired 5059 black nursing bra? We think it is perfect if you are looking for a pre-formed nursing bra that give you a nice shape. You should find it very breathable and it looks lovely under T-shirts too!

We want to make sure you know exactly what the bra is like so you are not surprised when it arrives, so here are some quick questions and answers from us studying the bra in depth.

Is this bra underwired? Yes

Is the underwire firm or flexible? Quite firm

Does this bra have a “modesty panel” (i.e when the cups are open does it have material to help make it more discreet behind the cups? This is also called an “A-Frame nursing bra”. No it has a side sling of material 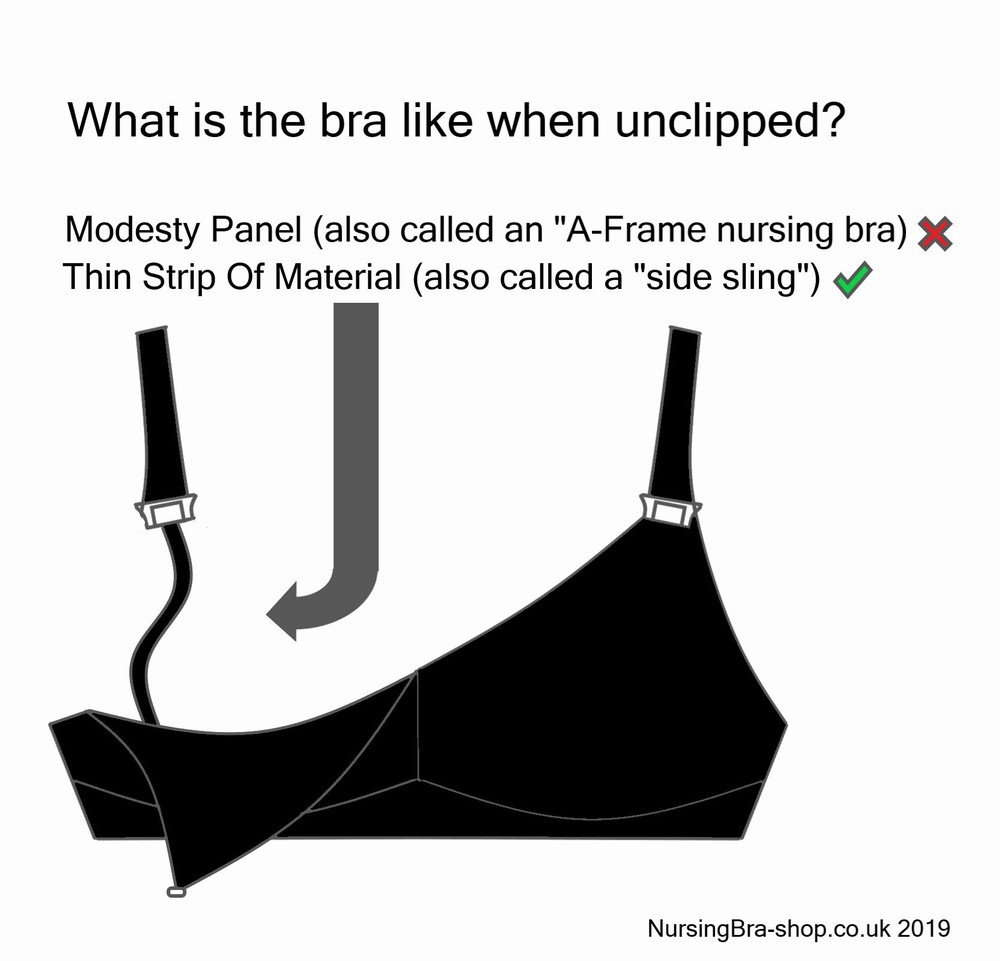 What is the “side sling” like? A straight strip of stretchy material

Is this bra padded? No

Does it have a pre-formed cups? Yes

How stretchy is the fabric on the cups? It is not very stretchy at all

Does the bra have removable foam inserts in the cups? No

Would it be suitable as a T-shirt nursing bra? Yes

Would it be suitable as a Sleep nursing bra? No

How to verify the Nursing Bra Shop

"I have never heard of the Nursing Bra Shop....how can I find out what the service is like?" Simple - ask any online mums forums you are on if anyone has used us. We always STRONGLY URGE you to check on us in any Facebook breastfeeding groups or other maternity or mums groups such as Mumsnet etc. Maybe ask if anyone has ever used the Nursing Bra Shop? What was our service like?

Here are some places to ask questions about the Nursing Bra Shop:

But please ask the question in any forums. 89% Of UK mothers have never heard of the Nursing Bra Shop. Asking forums is a good way of checking on us. Don't take our word for it....ask other mothers who may have used us!

Anita sizes work a little differently to UK sizes ...especially after D cup...here are how they match up:

So, for example, if you would normally wear a 34F bra in other manufacturers, we suggest you pick and Anita size 34G

MATERIAL THICKNESS OF CUPS:
We try to rate how thick the cups are of each bra, so you are not surprised by this when the bra turns up! We rate this out of 5, so 1/5 is thin cups, 5 out of 5 is thick. We would rate the thickness of the cups of the cups of this bra as 4 out of 5. So quite thick.

WIDTH OF BRA STRAPS
How wide are the straps of this nursing bra? We measured a C cup bra and it came out as 16mm (compare this to one of your own bras to see how wide this feels). The straps then rise to a width of 19mm once you get to an F cup and above. So from C-E, it is 16mm, then from F and above it is 19mm.